Upon Siem Reap arrival, you are welcome at airport with warmest atmosphere. Transfer to hotel for check in and relaxation

Afternoon, board on boat in Tonle Sap Lake. Enjoy a brief cruise past floating villages complete with schools, restaurants, and hospitals.

This morning, start tour to visit Roluos Group, these monuments mark the beginning of classical art, as some of the earliest great temples built by the Khmer. They served as the capital of Indravarman (who reigned from 877 to 889). Lolei Temple built on an islet by Yasovarman I (who ruled from 889 to 910), the founder of the first city of Angkor. The sandstone carvings in the niches of the temples are notable as are the Sanskrit inscriptions on the doorposts. Preah Ko Temple erected by Indravarman I in the late 9th century in dedication to his defied ancestors in 880. There are inscriptions in Sanskrit on the doorsteps of each temple. Bakong Temple built and dedicated to Shiva by Indravarman I, this is the largest and most interesting of the Roluos Group of temples and still has an active Buddhist monastery

Afternoon, visit Banteay Srei Temple seemingly miniature in comparison to the other Angkor temples, BANTEAY SREI is considered to be the jewel of classical Khmer art. Built in pink sandstone, the walls are covered in exquisitely preserved carvings of unusual delicacy. Because of its small size, fairy-like atmosphere and extraordinary examples of Khmer sculpture, this temple is often a favorite with visitors, and then Banteay Samre Temple

This morning, visit the monumental magnificence of Angkor Thom - last capital of the Khmers, with its Terrace of Elephants, Terrace of the Leper King and the stunning Bayon Temple. This 12th century masterpiece lies at the very centre of Angkor Thom and is an archaeological wonder of symmetry and grandeur. Visit Ta Prohm, one of the area’s most beautiful temples. Ta Prohm has been relatively untouched since it was discovered and retains much of its mystery

Afternoon, visit Angkor Wat, the largest temple in the world, with a volume of stone equaling that of the Cheops pyramid in Egypt. It is unlike all the other Khmer temples in that it faces west, and is inspired by 12th Century Hinduism. Its symmetrical towers are stylized on the modern Cambodian flag. Conceived by Suryavarman II, Angkor Wat took an estimated 30 years to build. It is generally believed to have been a funeral temple for the king. It has been occupied continuously by Buddhist monks and is well preserved. Intricate bas-reliefs surround Angkor Wat on four sides. Each tells a story. The most celebrated of these is the Churning of the Ocean of Milk, which is located on the east wing. In it the Naga serpent, is twisted by demons and gods to spurt out the elixir of life.

Breakfast at the hotel. Free at your leisure until transfer to airport for departure flight. End of our services! 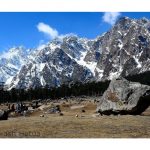 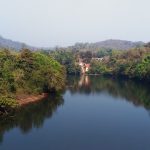