Alibaug - Murud
After B/F proceeds to Kashid beach.Kashid is an offbeat destination which is growing inpopularity in travelers’ itineraries.Sandwiched between two rocky hillocks,Kashid Beach on the shores of the Arabian Sea is one of the most beautiful stretches in the Konkan region of Maharashtra .White sand beaches fringed by casuarinas trees and back droppedby mountains, paddy fields and rivulets,is the special charm of this
coastal strip.Kashid is135 Km from Mumbai and 30 Km from Alibaug and 27km from Murud. The drive from Alibaug to Kashid is the perfect way to capture the picturesque rural scenery. After Kashid beach proceed to Murud City and check in at hotel / resort evening is free to spend on Murud beach o/n halt.

Murud – Mumbai / Pune
After B/F proceed to Janjira Fort. It is Situated on a rock of oval shape near the port townof Murud,165kms south of Mumbai,Janjira is one of the strongest marine forts of India (the word ‘Janjira’ is a corruption of the Arabic word Jazira for island).This is approachedby sailboats from Rajapuri jetty. The main gate of the fort faces Rajapuri on the shore andcan be seen only when one is quite close to it. It has a small postern
gate towards the open sea for escape.The fort has 19 rounded bastions,still intact.There are many canons of native and European make rusting on the bastions.Now in ruins, the fort in its heyday had all necessary
facilities,e.g.palaces,quarters for officers,mosque,a big fresh water tank,etc.On the outer wall flanking the main gate,there is a sculpture depicting a tiger-likebeast clasping elephants in its claws. This sculpture its meaning difficult to interpret,appears on many fort-gates of Maharashtra.Originally the fort was small wooden structure built by a Koli chief in the late 15th century.It was captured by Pir Khan,a general of Nizamshah of Ahmednagar.Later the fort was strengthened by Malik Ambar, the Abyssinian Siddi regent of Ahmednagar kings. From then onward Siddis became independent,owing allegiance to Adilshah
and the Mughals as dictated by the times. Despite their repeated attempts, the Portuguese, theBritish and the Marathas failed to subdue the Siddi power. Shivaji’s all attempts to capture Janjira fort failed due to one reason or the other.When Sambhaji also failed, hebuilt another island fort,known as Kansa or Padmadurg,just 9kms north of Janjira.The Janjira state came to an end after 1947. The palace of the Nawabs of Janjira at Murud isstill in good shape.After Janjira fort return back to Mumbai / Pune on arrival drop at residence /Airport / Railway Station with memorable experiences. 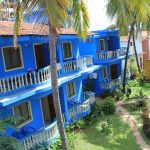 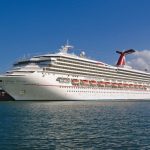